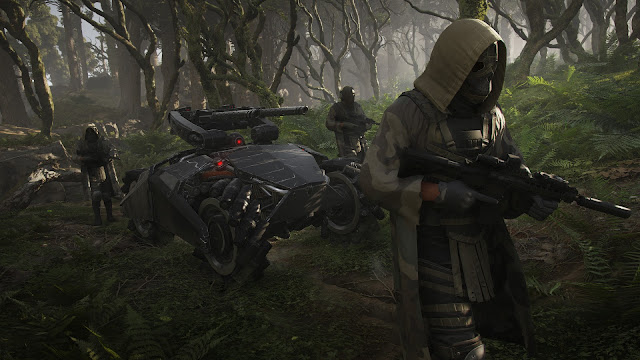 While most of you have probably heard that Ghost Recon Breakpoint did not launch with great reviews, you may not have heard that Ubisoft has vowed to fix their semi-broken AAA title. That said, and launching today (Nov. 12th), Breakpoint will be receiving a major quality-of-life update that addresses things like stamina, switching firing positions while in cover, and much more.

Check out the full article on Polygon: https://www.polygon.com/2019/11/10/20958054/tom-clancys-ghost-recon-breakpoint-update-ai-teammates-fixes-changes-patch-november-pc-ps4-xbox-one

November 03, 2019
In a very open and interesting interview with Steven Messner at PC Gamer, Blizzard president J. Allen Brack clarified the finer points of the events that unfolded around the ban of Hearthstone player Blitzchung, and the two casters who were interviewing him. Long interview short, he states that Blizzard can't legally operate in China, without their "partnership" with NetEase, that NetEase wrote the initial Chinese apology note, and that Blizzard did not authorize it nor had any control over it. He also goes on to state that Blizzard supports freedom of speech and that there are a lot of people at Blizzard who support what Blitzchung was saying when he spoke out on the stream. While all of this might be true, the way Blizzard handled the entire debacle in the U.S. left MUCH to be desired. In fact, it makes you wonder if Blizzard even has a PR department that has the forethought to prepare for "bad press" events such as this. All that said, give the full inte
Post a Comment
Read more